Saturday: It is gay ski week in Queenstown and today is the closing party. I had one of those moments as a longer-term traveler when I had to remind myself that I can’t do everything that sounds like a once in a lifetime opportunity because I’d be broke before I know it. So I declined the $50 ticket and decided, after listening to EDM on the bus, that dancing was in the cards anyhow.

When we arrived in Queenstown, I showed a shy French engineer student, who had asked to sit with me on the bus and practice his English, the way to our hostel. After settling in, I explored town and stumbled across Fishbone, where I had an amazing dinner of scallops with bacon risotto (only time I’ll be eating out in a while).

Later in the evening, as I was crossing the street to a club called The Find, wondering how this was all going to go down, I ran into the kid with the MP3 player from the bus. Nick is his name. He’s an oil and gas engineer who grew up on a farm in Alberta, Canada, and spontaneously decided last April to quit his job and escape to NZ for a year. (And he’s 28, so not actually a kid at all.) He recently finished up a tree-planting gig on the North Island and is now taking some time to travel around the South Island.

The DJ was killing it — mixing 90s beats that I had long ago forgotten — and everyone was boozing from teapots. It was a hilarious sight: people dancing with teapots cupped in their hands and pouring themselves shots of Long Island Iced Tea, most of which found its way to the floor instead.

I told Nick about my plan to do the Milford trek this week, and like everyone else, he looked at me like I was crazy. By the end of the night, though, as I was leaving the club, he said I had inspired him to do the trek too.

Sunday:
This morning, I hiked the Time Walk up Queenstown Hill, a spiritual sanctuary for the locals. A 90 min climb through pine forest (not native to NZ, they were brought over for the forestry industry) until I emerged on top, struck breathless by the jagged mountains surrounding me 360 degrees.

So, hahaha, confession: I consider it to be a magical feat that I somehow managed to accidentally summit the same mountain twice. Hopefully my generally good sense of direction isn’t lost here because I’m going to be needing it this week…

Post hike I checked into a new hostel –Bumbles — since my sweater had been stolen at the other place. Bumbles is a wonderful spot, located on the water at the foot of the mountains. I lucked out with an amazing view. The girls I shared the room with were in NZ for the week on “break” from their study abroad program in Sydney. All from the States, one goes to the college my sister will be starting in a few weeks and lived in the same dorm my sister will be moving into. Shout out to my sis: she LOVED it and said you’ll have a blast!

I spent a few hours resting up (been battling a not-so-fun cold for the last week) and travel planning/getting some life things in order (had a cuddle sesh with Google to troubleshoot electronics issues — Spotify prob solved!, grabbed some new boots and thermals for the Milford trek, and bought tomorrow’s ticket out of Queenstown).

In the evening, I caught some live music at 1876 — a fun bar that sits alongside a babbling creek. 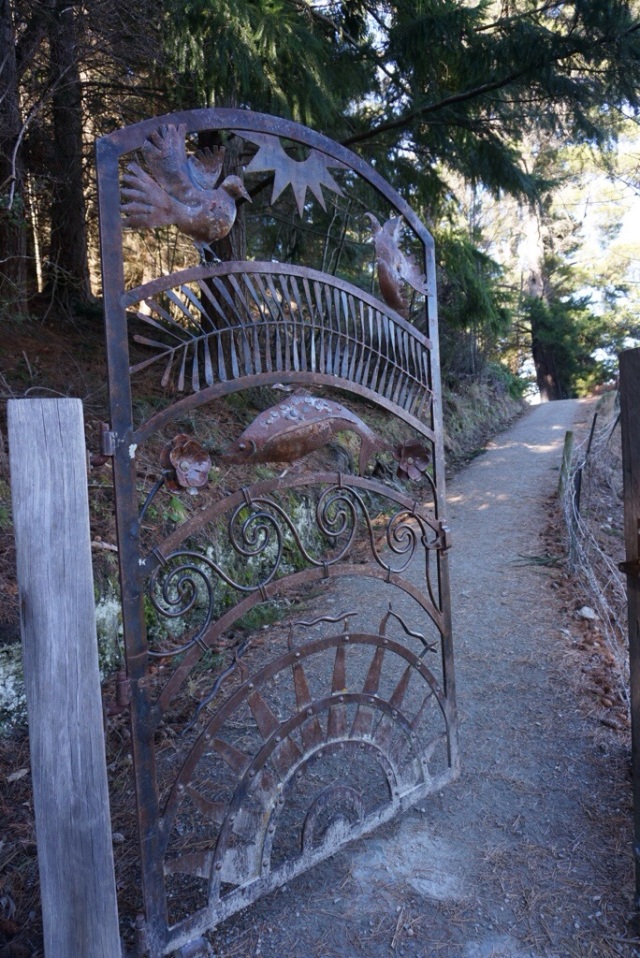 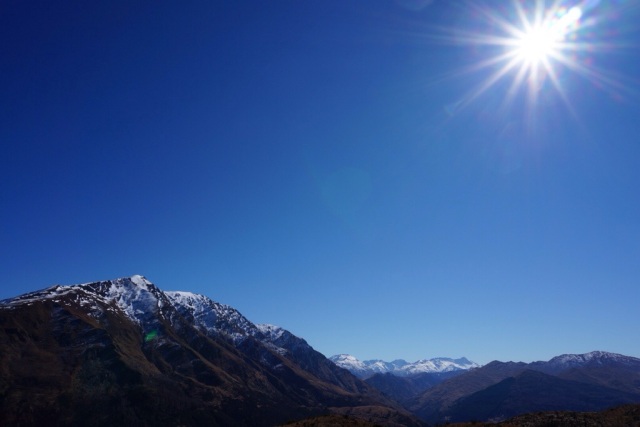 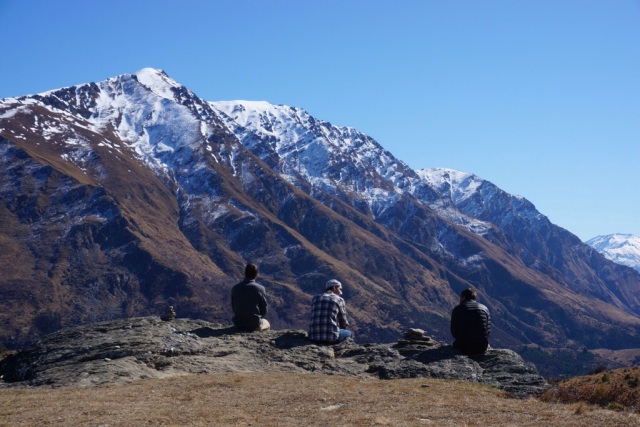 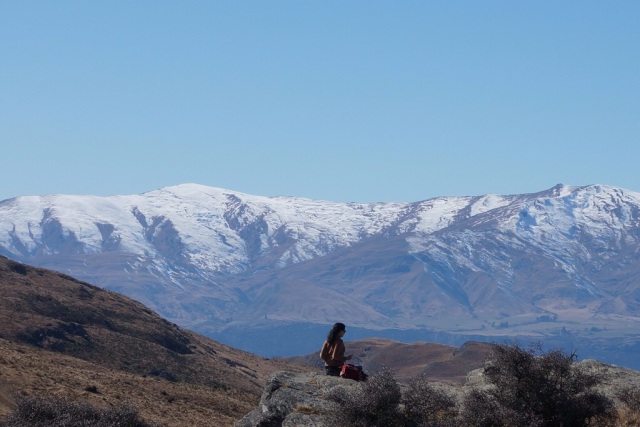 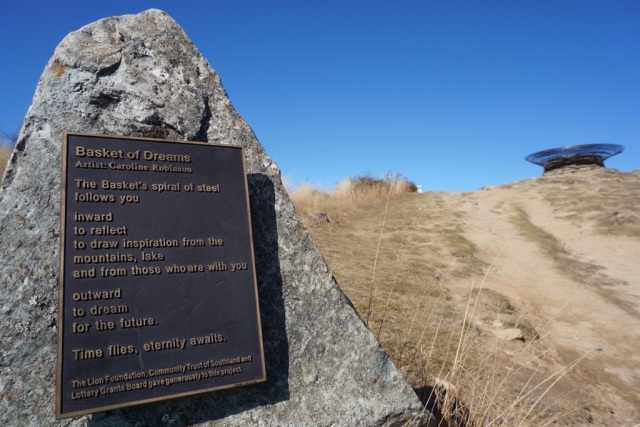 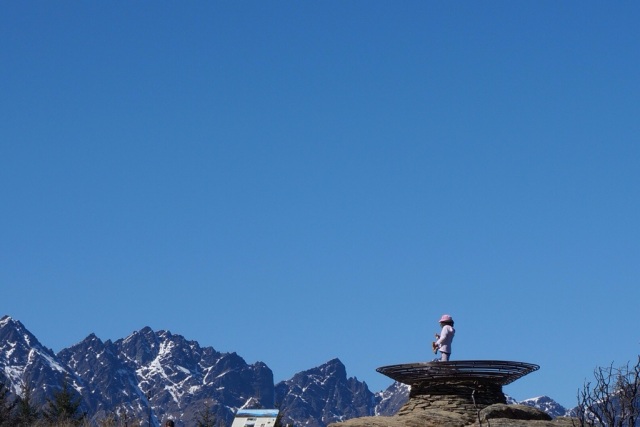 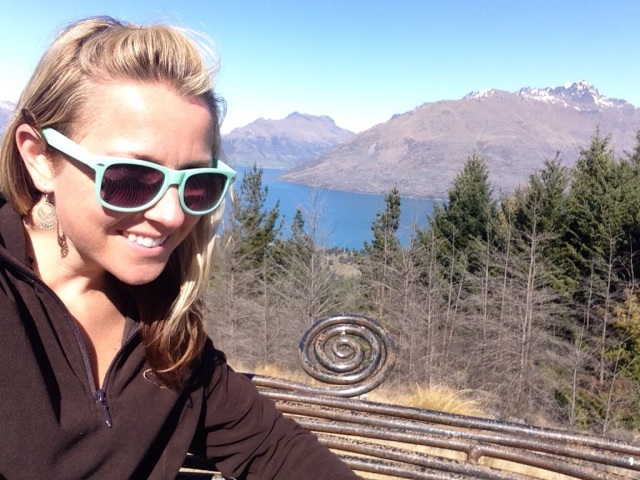 I am an international attorney who believes in the power of story to inspire a better world. Join my 100 day journey around the globe!
View all posts by Dee Walker →
This entry was posted in Travel and tagged bumbles hostel, dancing, hike, mountains, Queenstown, time walk. Bookmark the permalink.