Kathmandu: a lesson in Buddhism

October 8: My brother Wes, who managed to pull himself away from medical school to join me in Nepal for a two week trek, surprised me at the airport! For a variety of reasons, I tend to struggle with airports on this RTW tour. Perhaps I will dedicate a post one day as to why, since they are such a critical component of my journey. And so, it was such a touching gesture for my brother to be standing there waiting for me as I exited the airport. He also brought me a birthday present from the States! My favorite snack from Trader Joe’s.

We spent the next day taking care of permits for the hike and exploring some of the Buddhist stupas, including the Boudhanath Stupa–the largest stupa in Nepal and the holiest Tibetan Buddhist temple outside Tibet. 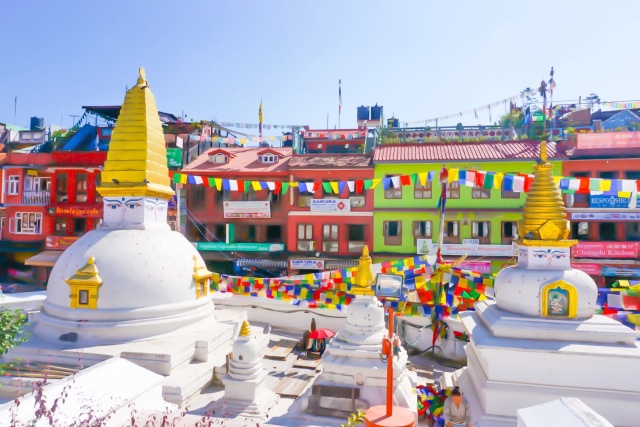 We also checked out the Swayambhunath Stupa, otherwise known as the monkey stupa. 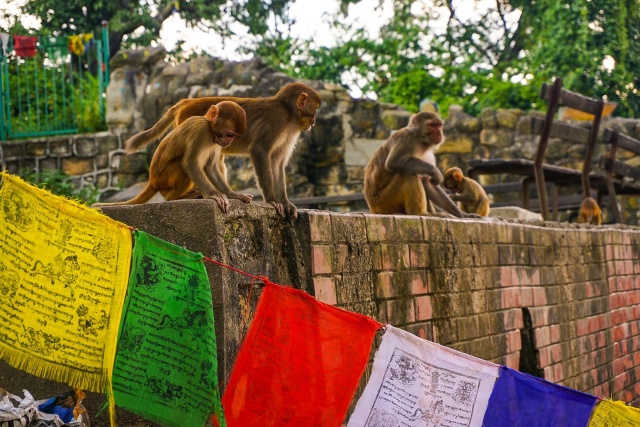 We decided to attend a lecture at a monastery where one of Wes’s teachers from India resides. We settled onto the floor with about twenty other students from around the world, and I received my first introduction to Buddhist practice.

The lecture was titled, “Act of Veneration,” which is also known as the act of prostration. It was a reminder of just how intellectually challenging spiritual practice is, and how little I’ve exposed myself to it in recent years.

We learned about how prostration, which symbolically shows respect for our bodies, gives rise to an enlightened mind if practiced correctly. Several aspects must be “straight.” First, the body should be straight. If the body is straight, then its “subtle channels” will be straight, and the wind energies that flow through will be straight. This then leads to a straight mind. One’s hands should also be held like a lotus bud that is just beginning to flower.

Prostration to the ground serves to stretch ourselves. First, one touches the crown of the head, then throat, then heart. “The main place is the heart because it creates the connection to the mind of the Buddha…The heart center signifies the mind, and how you hold your mind is most important.” This is in part because it affects motivation. Consequently, one should not make prostrations while the mind and mouth are distracted.

Lastly, the instructor explained that the temples in which we make prostrations give us vows and commitments. It reminded me of the vows I made at the beginning of this journey in the temple in the desert, and how surprised I’ve been by my ability to stick by them. 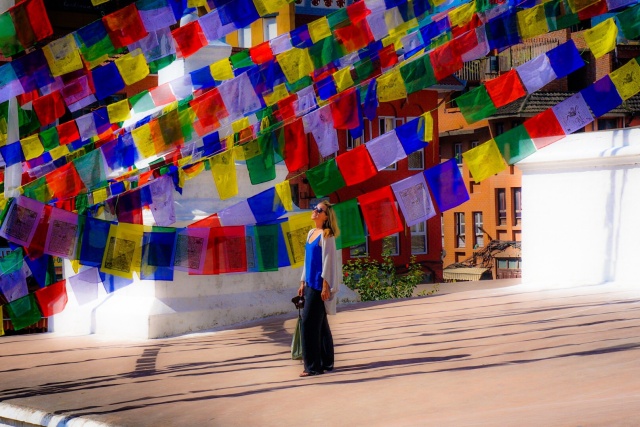 Toward the end of the day, Wes and I grabbed a bite to eat before I challenged this kid to a game of soccer.

We returned to our monastery to get a good night’s rest. The next day we would begin our nine-day Langtang-Helambu trek.

I am an international attorney who believes in the power of story to inspire a better world. Join my 100 day journey around the globe!
View all posts by Dee Walker →
This entry was posted in Asia, Nepal, Round the World, Travel and tagged Boudhanath Stupa, Buddhism, enlightenment, Kathmandu, monkey temple, prostration, Swayambhunath Stupa, veneration. Bookmark the permalink.